I don’t normally write personal posts, but with my SIBO treatment comes a lot of temporary change, both in fitness and my personal life, and I thought it was worth sharing.

About three months ago I was diagnosed with SIBO, which stands for small intestinal bacterial overgrowth. This digestive disorder is marked by a variety of symptoms that appear when bacteria from your colon gets misplaced and lands in your small intestine—not where it belongs.

This can lead to severe bloating, potential protein deficiency, and poor absorption of nutrients.

There are many reasons for why this can happen to any person, including low stomach acid, IBS, Celiac disease, organ system dysfunction, and chronic stress. For me, it was a mix of these, one of the most important factors being stress and anxiety.

I didn’t know right away that this was the problem. I’ve been experiencing painful bloating and a variety of other digestive symptoms for nearly two years. It wasn’t until I sought out a naturopath, recommended by a friend, that we realized SIBO was the perfect storm brewing inside of me.

The path to beating SIBO will be challenging—it comes with a severe diet change, a rigorous supplement plan, and stress-free living. The idea, in very simply terms, is to knock out all the bacteria and build it back up properly.

The treatment is broken up into two main phases.

During the entire process, relaxation is of utmost importance. As such, I’ll have to reduce my cardio and HIIT workouts, with a focus on yoga, strength training, road biking and walking. As a personal trainer, it’s hard to feel restricted in what I can do in terms of fitness. I’ve learned over the last year, however, that I need to respect what my body needs. In this case, it needs gentle movement, and that’s what I’ll give it.

After Phase 2 is finished, I re-test for SIBO and stay on the diet until the results are returned and analyzed. If I test negative, that’s ideal. In which case, I’ll still be on a restrictive diet and taking a variety of supplements, but can slowly start adding some foods back in.

If I test positive, I will likely not continue with treatment. With such a restrictive diet and timeframe between eating, it’s nearly impossible to eat out or even at a friend’s house, which is of course very limiting. This is also why I waited to start after being diagnosed back in October—both of my naturopaths strongly recommended waiting for a time when I would have minimal obligations or plans. In March, with summer coming (In San Diego, summer starts early!), it will be too much for me to stay on for another five weeks.

I’m working with two top SIBO experts, both of whom have gone through the treatment themselves. The hope is that I test negative and continue working toward rebuilding so it will never come back again.

If you experience any of the symptoms above, I recommend seeing a naturopath and doing a SIBO test. It affects many people that are never diagnosed and simply live with these uncomfortable digestive issues their whole lives. Because it’s not recognized by western medicine, it’s also not something your primary care doctor can advise about or test for.

6 Signs SIBO Might be the Root Cause of Your IBS – Note that I don’t recommend self-diagnosing and following any specific diet without the recommendation and guidance of a naturopath.

10 Signs You Have Small Intestinal Bacterial Overgrowth – I have seven of these.

SIBO – What Causes It and Why It’s Hard to Treat – Great informational overview. 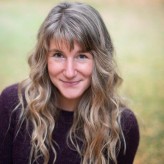